Earth Notes: Greener Travel: Why We Should Cut Car-bon Miles

Hi, I'm Damon Hart-Davis, and this is the Earth Notes podcast for 22nd September 2019.

Maybe I don't talk enough about travel on home-centric Earth Notes. Though I have written about green holidays.

Today is World Car Free Day, and I should be out marvelling at quiet roads and even the street party (maybe it's also a "play street") just next to me. 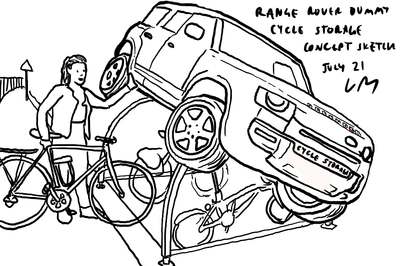 But today has been grey and cold and rainy and I haven't set foot outside yet.

It seems clear to me that the lowest carbon journey is the one not taken. I haven't paid office rent for any of my businesses since the mid-90s. Vestemi has about ten staff and all work from their homes from the Netherlands in the east across to Somerset in England's south west.

Apart from avoiding the pain and time suck of commuting, Skype and Google Docs and Office 365 and email, and good old (smart) phones, save us a lot of carbon.

We are in the process of installing Radbots in homes across the UK as part of the ECO3 Ofgem innovations programme, helping cut carbon, and fuel-poverty. That requires some travel, but under normal circumstances Radbot can be fitted by the occupants, so that's a small carbon puff now to save a much bigger one later, if it all works out.

I don't want to preach, eg to friends and colleagues who do fly. Rather I just try and do the right thing myself. This year we went by (largely electrified) public transport to the Med again.

Plane journeys are still increasing, the bulk of them being taken by a very few percent of the world's population. (At least half have never flown.) Multiple frivolous journeys per year, when aviation looks like being a very large chunk of all our carbon budgets in 2050 (maybe a third, if I've read the CCC summary right) seems deeply unfair. Visiting far-flung relatives occasionally or for the odd business or science face-to-face meeting seems more understandable. Doing it just for kudos and status, please no. 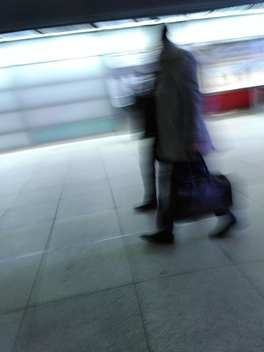 By my calculations the development value of a parking space in the London boroughs is something like £50,000, and according to a study for TfL in 2000 there are about 7 million car parking spaces. I believe that maybe 1 million of those are on public land such as roads. A huge free gift to every motorist.

On Twitter, Pedal Me suggests A 5% yield plus expenses would generate a suggested rent of about £3000/yr for a £50k car parking space. That's what we should be charging for car parking spaces, if we don't mean to be subsidising them.

(The area of two standard parking spaces is enough for one person to live in, or maybe have a decent office. I don't have a car so I'd like my free office space please!)

We need somehow to get to a situation with far fewer private vehicles, taking far less public space parked and moving. And what's left of the fleet should be almost entirely electric.

(Electric vehicles aren't a panacea by themselves. Cars take a huge amount of space. They are usually parked 90% or more of their lives. When moving they take much more space per person than bikes or buses for example. And EVs still produce particulates from tire and road and brake wear.)

Anyway, enough whining from me. The sun is coming out!

Audification: can you hear the difference between summer and winter temperatures in your home? #podcast #tech #audification

What happens if I speed up data from my house to listen to a year's worth of readings in a second?