Updated 2021-08-01 08:46 GMT.
By Damon Hart-Davis.
Having fun talking about energy and climate change with Eco Warriors and Year 4! #science #solar #wind
See: Saving Electricity and Gas (2020)
A group of parents working in energy efficiency and renewables visited our local primary school each year. We told Y4 about solar power and climate change. In 2019 we also spoke to Eco Warriors from across the school.
See also:

This year (2019), just after lunch, and before working with both Y4 classes, we spoke to the Eco Warriors. They are tasked with helping the school save energy and look after the environment. 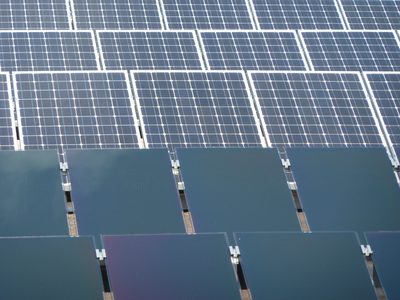 Eco Warriors come from across the year groups.

Sandra showed the children some solar cells that she made at work years ago. And we explained briefly how they can be put together to make solar panels.

Did you know that solar cells are basically made from sand? 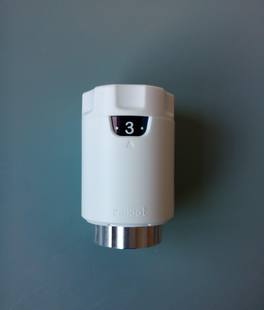 The children knew about climate change and that it was probably a bad thing!

We talked about things they do or could do, at home and at school, such as turning off lights when no one is in the room.

The three of us that go in are Alison (who gets windfarms built in the UK), Sandra (working in renewables for a multinational energy company) and me.

I asked them if they realised that heating is a form of energy use, like lighting. In common with many adults, they didn't!

I told them what I've been I've been working on for about six years (Radbot) to help reduce the amount of heating people need to use at home to stay warm and comfortable.

Like turning lights off when they aren't needed, avoiding wasting energy on heating is good for the same reasons. Cutting waste saves money and means that less climate-changing CO2 goes into the atmosphere. 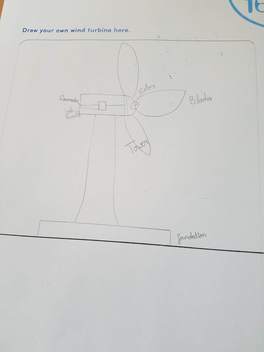 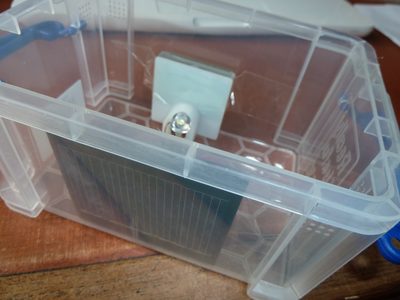 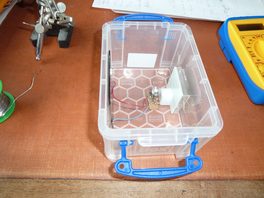 After the Eco Warriors we then moved to one of the Year 4 classrooms for the rest of the afternoon. We stayed put and the two classes swapped rooms for us half-way through to save us lugging equipment around. (Thank you!) 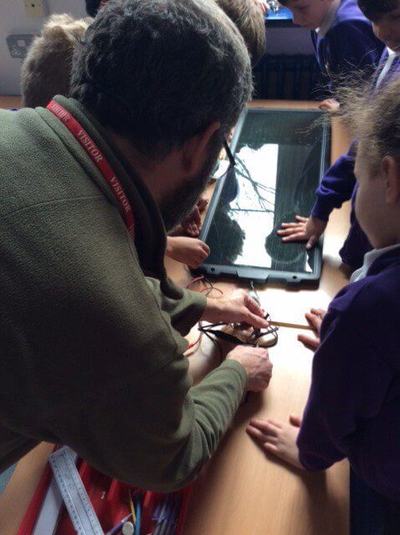 For each of the Y4 sessions we go through the slide deck (put together by Alison).

We looked at how solar PV works, and at what times of day and year it works less well. Also some of the places solar power is used, from desktop calculators to the International Space Station (ISS).

We also look at why solar power is a good thing, displacing fossil-fuel electricity generation, and mitigating climate change.

(In the case of the ISS, running an extension cable or getting regular coal deliveries up there would be tricky, so solar is almost the only game in town.)

Again, most of Y4 had heard of climate change, though not everyone was sure what it was, or whether it was a good or a bad thing!

Y4 had lots of good ideas about things that run on electricity and that solar panels might help power.

After the talk we split each class into three groups, and rotated them through three activities:

In more detail Sandra says that her group was: working out which way was South based on the direction the solar panels were facing and looking at a map of the world which had different colours to show which parts of the world have greater amount of sunlight (known as irradiance) and are therefore better suited to using solar power than others. We also talked about whether solar panels work better when it's hot and sunny or when it's cold and sunny — which do you think it is? Well it might surprise you to know it's when it's cold and sunny because electronics work better when they're colder.

For the circuits practical session there was a spare solar panel, LED lamp, and music player so that some children could investigate independently.

There was also a small clear plastic box with a small solar panel, meter and LED. Individual children were asked to find places to take the box hat would have the meter go to minimum and to maximum, and that would have the LED light up. (You have to be right next to a window to get the LED to come on!) 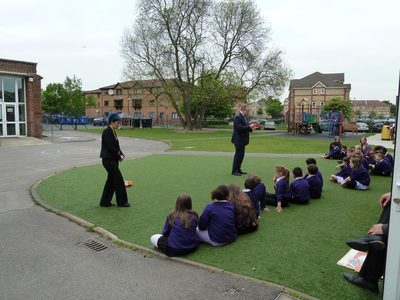 What is solar power?

Solar power is using energy from sunshine to make electricity or hot water.

What do solar panels do?

Night! Solar panels do not make electricity at night.

Winter! Solar panels do not make much electricity in winter.

Summer! Solar panels make most electricity in a sunny summer.

Do solar panels work better when hot or when cold?

Cold. Solar panels make electricity best when they are cold. (So a cold bright spring day can be very good for making electricity!)

What does make electricity in the winter when solar panels don't?

Wind turbines make lots of electricity in windy winters, here in the UK.

Why do we use solar panels and wind to make electricity?

We used to make electricity mainly by burning coal and gas. But they put too much of a gas called carbon dioxide into the air. Carbon dioxide is also called CO2 (Sea-Oh-Two). CO2 is making the planet warmer and changing the climate in bad ways. Solar and wind don't make CO2 when making electricity.

Does heating use energy?

Yes, it does! You already turn lights off in empty rooms to save energy. You shouldn't heat empty rooms either. Heating uses lots more energy than lighting.

A simple unfussy toolset that I've been using on its free tier for a while to monitor EOU performance trends. #performance #monitoring #tools

I use a number of tools, local and Web-based, to keep an eye on EOU's performance. MachMetrics is unfussy and reliable and just does its thing automatically every day, with an actually useful weekly email summary. Bravo!