(Part of WP1 Research, D19 Live Interaction with information. For end users. Avoiding end-users being spooked or feeling spied on? Specify what information will be displayed / available for the end users, lists / graphs etc, plus possibly ways end users may be able to feed into the system.) 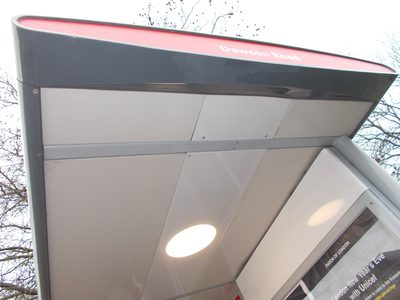 Helping positively involve people in the IoT data flow, eg using QR-codes and NFC or Bluetooth LE to interact with bus shelters such as signing up for warnings of problems on your usual stops/routes. Maybe even join your smartphone to the sensor network for a limited time to help the transport operator monitor journey metrics such as speed, temperature, humidity, noise.

Disappointingly, we were not able to achieve anything substantive with this element during the project lifetime, and it would be useful to revisit it or something similar for future work in this area. People and their consent and trust are not incidental to the successful operation of IoT around them, and we believe that their occasional active, willing and interested participation would likely enable much better outcomes technically as well as socially. This could range from occasional survey responses to letting their mobile phone briefly join and display interactions with the sensor network for example.

Although the Met Office has had half a billion voluntary observations "by more than 10,000 citizen scientists worldwide" contributed as of August 2017, and Open Energy Monitor's success is another positive indicator, the people involved are probably overwhelmingly "STEM" (Science Technology Engineering Mathematics) friendly and positively happy with numbers and tech. The question remains about how to actively and positively involve people with IoT for whom STEM is not in their comfort zone.

This issue bears some resemblance (for good reason) to the work in "EGC: HaaS Lite WP1 D15 Customer Research", which in part is getting people to positively engage just enough with smart tech that will save them piles of money (and carbon) and have those interactions and savings persist. It may be much more about smiley faces than numbers and graphs in the long run. The sort of "soft" stuff that makes many STEM-lovers cringe; we'll have to find out!