Updated 2020-08-18 21:30 GMT.
By Damon Hart-Davis.
Two-part wireless programmable TRV (radiator unit and thermostat/scheduler). The FHT8V can be used with OpenTRV REV2 control units also.
See: On the Zanussi ZDS2010 freestanding slimline dishwasher: Review
Potentially part of a larger "FS 20" system, and with a temperature sensor separate from the valve, does this 'smarter' TRV work? (Note also that these devices may not pay well with newer wireless devices in the area.)
See also:

The Tip of the Iceburg? 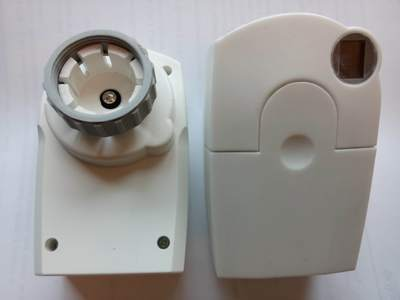 At £63 + p&p the FHT 80BTF is much more expensive than the i30 but has two potential advantages:

The set consists of:

The accompanying paper documentation is all in German, but an English translation (PDF) is available online, including set-up instructions. The TRV and thermostat/scheduler units are pre-paired, so there is no set-up to to to get them to talk to one another once the batteries are in.

The FHT8V (TRV) seems to be intended for horizontally-oriented TRV heads, and I thought that I was going to have difficulty putting it on my (vertical) TRV body having unscrewed the existing Bulldog-brand TRV head, but all was fine.

(Vertical-axis radiator valves are more common in the UK, horizontal-axis on the continent.)

Initial setup of the TRV and thermostat (a button press on the former, setting the date and time on the latter) was easy, and at that point it is easy to toggle between 17°C and 21°C modes with the moon/sun (day/night) button on the front of the thermostat. Note that the thermostat and TRV only talk about once every two minutes, so changes will not happen faster than that. (The i30 seems to take nearer one minute to react to such changes.)

I want to change the 'day' setting to 19°C, and put in a simple schedule to (for example) warm the bedroom (where this is installed) before bedtime, and ensure auto-off at night by default to avoid being left on by accident, and otherwise I will flip manually between heat and 'off' depending on whether I happen to be using the room during the day.

Setting the 'day'/comfort, night and window-open temperatures is simple with the moon/sun button and thumbwheel, and is in 0.5°C increments. I adjusted them to 19/6/8 from the original 21/17/12.

I then set a program for all days, a before-bed warm-up of up to 90 minutes, fairly quickly and painlessly, and ticks are shown along the (bottom) edge of the display to show when heating should be at 'comfort' temperature, much like the i30.

(It is possible to have up to four different on/off times for each day of the week according to the manual.)

So far I am working in 'auto' mode, with any temporary override to on/off (night/comfort) settings reverted at the next programmed time, just as I want. 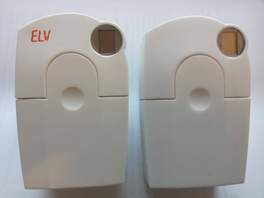 having had the thermostat unit near my desktop temperature sensor I observe that the system seems to do a reasonably good job of regulating to the specified temperature.

There does not seem to be any way to display what the thermostat thinks the current temperature is, unfortunately.

Interference from other Wireless Gadgets 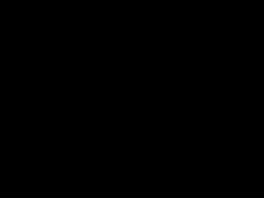 Although I didn't detect any such problems myself when I was last using them, Bo H in Denmark reported at the end of 2018 that his devices had become increasingly unreliable as his building was fitted with wireless fire alarms and similar.

This is not astonishing, given that the radio modulation technique (OOK) used by these devices is quite crude and old-school.

Beware of this possibility before making any new purchase of these devices.