Updated 2021-12-06 19:59 GMT.
By Damon Hart-Davis.
Is a low-cost "DIY" Internet-connected air-quality monitor actually any use?
See: On Google's New Backup-and-Sync, and G-Drive: Reviews (2017)
I'm keen on (non-urban, well-managed) biomass as a low-carbon fuel through its lifecycle, and as seasonal storage of energy through the year from summer to winter. Biomass could help the UK through cold still winter days and nights when solar and wind renewables cannot contribute much. I'm less keen on the resultant particulate pollution, so can I help track it? 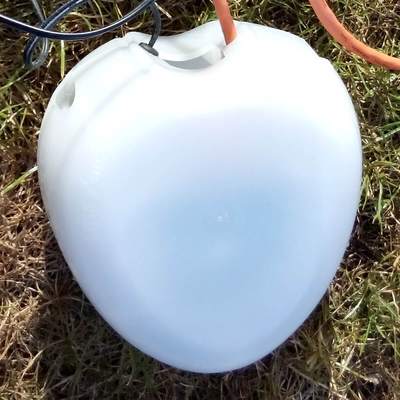 I'm not keen on biomass combustion with inadequate flue filtering, reducing air quality and general health and starting to undo the good work of the Clear Air Acts. I'm particularly unkeen on biomass burning in built-up areas where the downsides are amplified. (It is possible to detect the combustion products of trendy real fires in Islingston fireplaces on cold weekends, I'm told.)

To that end I'm interested in measuring (live) and getting into the public domain and making widely available air-quality data for London and beyond. Thus this mini project! 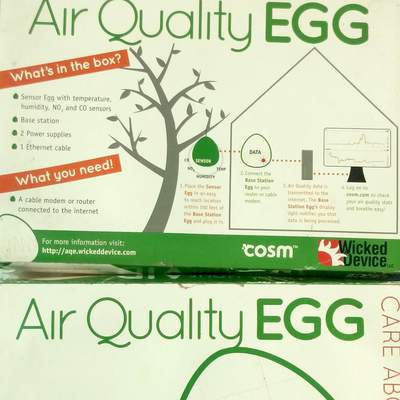 Having observed the AQE running as-is for over a week, my next task is over the next few days at the end of May. It is to try to automate fetching of the published AQE data from Xively and republishing on a local page, live, possibly integrated with additional data from elsewhere.

I tried running the AQEs at school to measure temperature and particulates but a number of problems intervened. From huge leaf/dander shed from a nearby tree, to reconfiguration of the school's networking preventing data egress. Then I had difficulty fetching the data from Xively.

A reasonable rule of thumb as of at least about 2017 is that anything detecting particulates with any accuracy is going to use several watts (to drive a fan) and cost hundreds of pounds. Other environmental parameters can be a lot less power- and money- hungry to measure, temperature in particular. But the device must be careful not to self-heat to avoid messing up even that!

I haven't used any of this stuff in years now, and it has indeed gathered dust. When the current lockdown is over, this is going to WEEE recycling.

Social norming vs gamification: notes from the Project CHARM conference at the British Academy. #norming #gamification