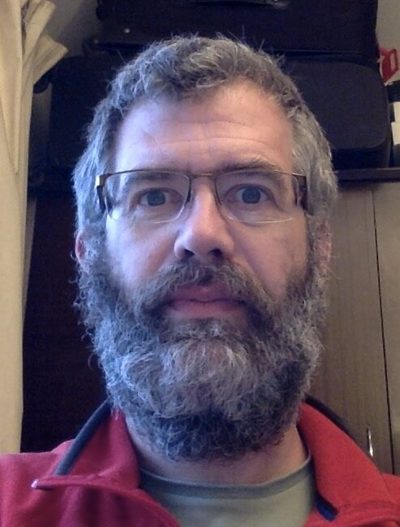 A brief diarycast from EOU Towers, on more blue skies and prospects of e-scooter support.

Though cold air from oop narth is due to roll in, as I write late morning it is still sunny and warm out. I just took my daily walk in the cemetery and it was peaceful and soft and green, with plenty of bird song. There was a handful of people in, one taking pictures using [an] impressive telephoto lens of a green woodpecker!

On the 23rd I noted that the cemetery was then also full of flowers and birds and green... With the explicit conservation effort being made in there it really is pleasant. There is a variety of micro-environments including overgrown and mown, with some parts relatively rarely visited by people I think, and thus possibly good for nesting.

I also noted on the 23rd that we were seeing low electricity imports, well under 1kWh/d at least in the morning, as battery capacity was just about to see us through the night. With care, moveable loads such as the dishwasher, can fit under the PV generation curve.

Generation and self-consumption have remained high, as recorded in my statscast for April. 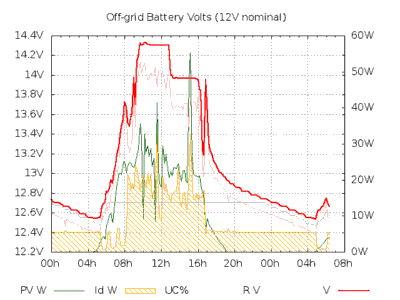 And indeed, in the last few days, the batteries (grid-tied and off-grid) are starting to last through the night (eg for the nights of the 4th and 5th). So the fridge/freezer and other background loads are no longer causing imports from the grid overnight.

And other than a bit of breakfast cooking, imports until mid-afternoon can be tiny, for example on the 6th only 10 Watt-hours (not kilowatt-hours!) imported by mid-afternoon, and 320Wh all day, out of 6.92kWh gross consumption, and 27.92kWh generation! 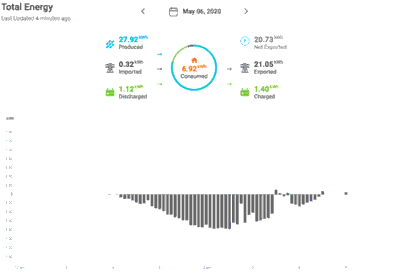 The dinner-time slot is still tricky, and usually brings some imports. It's unlikely that this can be completely suppressed even as days get longer and thus PV generation higher at that time. The Enphase battery helps a bit, but cooking demands are peaky and often large.

On the 7th, Radbot's patent application was dispatched, hurrah!

Work on the filing was a bit intense, and displaced other work, for Radbot and for school. I'll get back to it later today, when I assume that the weather and outside will be less distracting!

Given yesterday's astonishing shift by central government in favour of active travel of all types, not just temporarily for a softer lockdown, I'm rather hoping that the regulations around electric scooters will get sorted, quickly. Folding e-scooters are potentially much easier to take on, and thus integrate with, public transport, and less fiddly than folding bikes. And, I hope, lots cheaper than folding electric bikes which seem to be about a grand.

There are some journeys that I take on foot of about a mile or more, thus half an hour upwards, that would be much improved with some assistance. A bike takes space and locking and unlocking. I hope that a foldable e-scooter would be similarly quick, but less hassle at either end. One factor is the weight of the scooter if there is walking to be done also. It would be better to keep the travel somewhat active, and not have the folded scooter be a nuisance to myself or others on train or bus, or when working at my destination.

I'm intrigued to see how this one pans out!