Earth Notes: About Our Greenish Home aka 16WW, with Bonus Bats and Sparrows 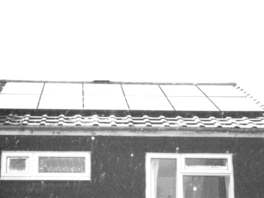 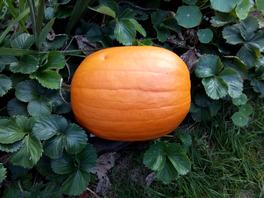 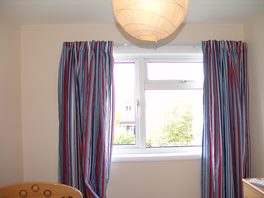 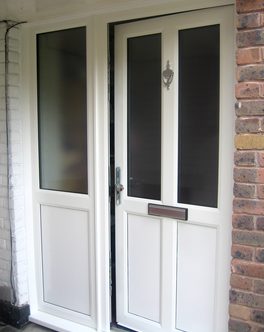 Our house is in its 50s like me. It's timber-framed with a concrete-tile roof, end-terrace with hanging tiles on the side walls, and has a small garden front and back. It is on the Cambridge Road Estate in Kingston-upon-Thames, very close to a cemetery and the Hogsmill river. And not so far away from us, though usually downwind, is the local sewage works!

I have for one reason or another in the past run quite a few computers. I ran an early Internet Service Provider from home. It was pointed out to me that I was probably wasting a lot of energy with them — I was having to run air-con in summer to keep them cool! I took that as an energy-efficiency challenge to do more with less. My Earth Notes Web site at Earth.Org.UK is one outcome. A house that uses less than half of the electricity and gas of those around it is another. Indeed, the house is about net-zero-carbon for those two, given the solar panels on the roof.

We have small gardens, front and back. Both have lawns, but somehow in the back garden we also manage to squeeze [in] herbs, pumpkins, blueberries, beans, tomatoes, and some of radish, rhubarb, peppers, carrots, cucumbers, and courgettes. Never mind lots of flowers and some trees! Our apple tree struggled with the heat and lack of rain last year and dropped all its fruit early, but this year I'm hopeful that we may end up with something to taste. The pumpkins try to take over the garden, and they finish up in autumn and the nasturtium then tries to out-do them!

The variety of birds we get is astonishing. From pigeons (wood and feral) and magpies, to more exotic green and spotted woodpeckers and jays. Parakeets swarm up to seven or eight at a time on our feeders, hanging from our washing lines, coming from nearby Richmond Park and the cemetery I think. We also get hordes of smaller birds: robins, blue tits, coal tits, great tits, goldfinches, and more rarely chaffinches, greenfinches, dunnocks and wrens. Noisily, sparrows are swarming and squawking again recently in a way I don't remember since I was a child. Occasionally, starlings murmurate overhead!

There also seems to be a thriving bat population, and at dusk you can see them whooshing past just above head height it seems.

In the cemetery I think that crows are still probably top of the pile, though the parakeets may be muscling in. And some of the loudest sounds are from the squirrels by day! At night the foxes bark and squeal and whine, and make other noises that I don't have words for.

We also have had excitements, such as boys apparently lighting a fire behind our back wall and setting fire to our ornamental tree, and things that maybe I shouldn't air publicly!

Our house stands out a bit with the solar panels on top, and at least one nearby house has followed suit. Our walls are lined with the same stuff that the Space Shuttle used to survive the heat of re-entry, called aerogel, to keep us warmer in winter and cooler in summer. The triple glazing helps too, and helps keep out noise.

We have a warm and efficient home, with rather more nature on our doorstep than I'd realised. I hope that our energy saving is also nature saving, taking a little heat out of climate change.

Sounds of the Suburbs

Sparrows (house sparrow, Passer domesticus) raucously tweeting their version of social media in the hedge at the front of the house December 2018:

Some small ambient sounds from a quiet sunny June afternoon in the back garden:

A dull morning a few days later, at the front of the house, sparrow, pigeon, and more:

Sunday lockdown just before 3am, not normalised.

A partially-erected "MotorWind" turbine on the garden wall, from before the solar panels:

February snow at the front:

2020-09-12: some bat chat with Alison Fure and a couple of bat detectors just outside the far corner of our garden in the alleyway, then up the alley and round the front:

Also, spectrograms and log files mainly from the night of 2020-09-17, captured by a static bat detector in the tree in 16WW's back garden close to where the loudest signals were heard a few days before:

It shows really what we know that there is a common pipistrelle but it appears to have set up a mating roost (possible interpretation) and is song flighting. This means it is fairly constant activity all through the night. There was one soprano pipistrelle also.

There is some interference which is CF around 25 kHz that begins around 3.20, there is a bat that can do that but it would be exceptional to find it there.

Find out why I have solar panels on my garden wall as well as on my roof! #podcast #solar #garden #microgen

What are the panels on my garden for and do I run my toaster off them? No, but I run my Internet server and laptop from them instead! (Alison F asked me to create a couple of recordings about green features of my house: here's the first.)