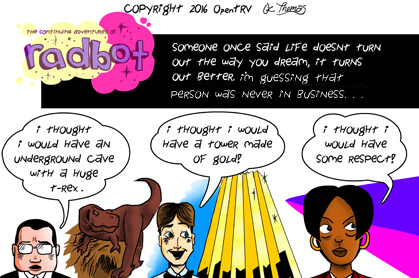 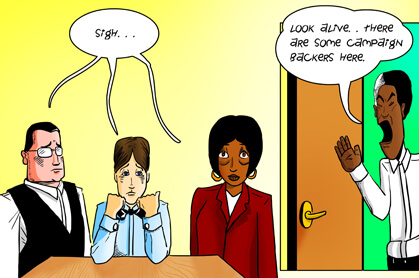 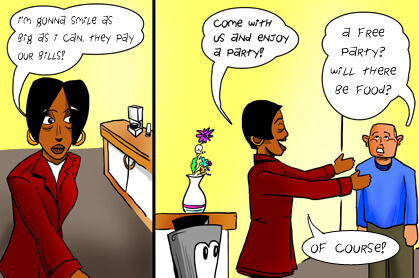 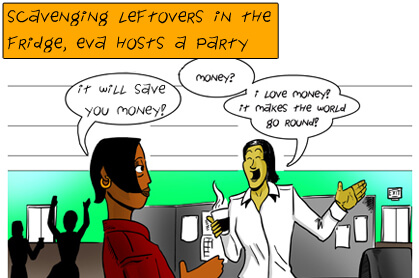 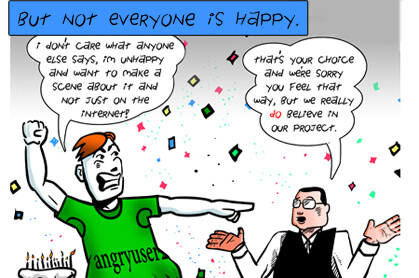 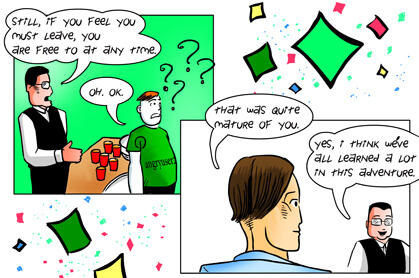 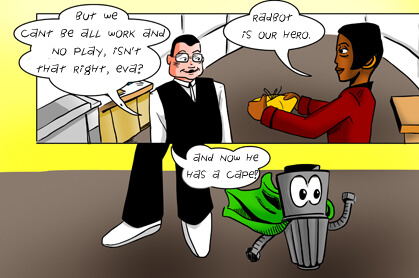 So is this how it all ends? Without towering heaps of gold or even a big party? And with bad trolling?

Our heroes will have to fight another day to grow the business and move the needle on climate change!

But Radbot does have a cape now, so all is well.

Confused? You must be!

Unlike the cartoon (which the el Reg commentards didn't get to see, only a mea culpa), we pulled the launch: Here's the thing: We've pressed pause on my startup.

So, it turns out that this is the real world, and even when the CEO wishes for a pony [or a unicorn, or a Cockney £25, it doesn't always trot up.

And that means, dear readers and commentards, that you get to hear when it doesn't go to plan, and the control rods slam right back in. This is what life's really like; no Hollywood plot.

I think it's important to hear the bad news as well as the nice stuff, just as failed pharma trials should be published, and while it's slightly embarrassing to tell you this, wading on regardless would almost certainly have been smellier...

Too close to Christmas, not enough on our mailing list. Grown-ups who have made crowdfunding work said "Don't do it!" so we didn't. We always take advice unquestioningly...

So, what went wrong?

Firstly, we let the start date slip too long into the period before Black Friday and Christmas where people save up all their hard-earned cash to buy bling for their half-siblings' in-laws' BFFs' loved ones.

And people can cancel their pledges right up to when a campaign closes, and the temptation for instant gratification over warmer toes and lower bills next winter would be huge as ours would be closing.

Secondly, we've heard of pre-campaigns but evidently our mailing list has not, by a couple of orders of magnitude your honour. Part of that showmanship that I referred to before as making me slightly queasy means that if you don't almost have it in the bag before you start then you're probably doomed.

Thirdly, we probably had not set aside enough ad budget in terms of cost of sales generation, though I still think Wanamaker's quip "half the money I spend on advertising is wasted; the trouble is I don't know which half" tells us that that claim may be less science than witchcraft.

Radbot is still very much alive and kicking you'll be pleased to know.

As I write this thus update we're working on a smaller, quieter "TRVx", with a new CPU and improved UI, alongside a (non-crowd-) funding round to keep us in good shape for several years to come.

In any case we may yet have some sort of Kickstarter or Crowdcube events, as much for marketing stunts as for cash, or maybe for a special side project. All reasonable routes to engage with customers and keep solvent are worth keeping open!

Getting ready to crowdfund a product is not quite like shipping or releasing a normal consumer product.