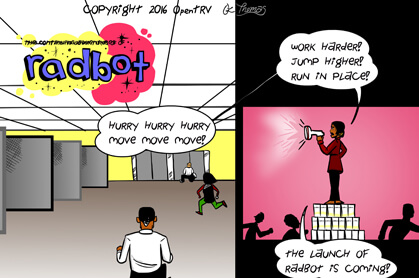 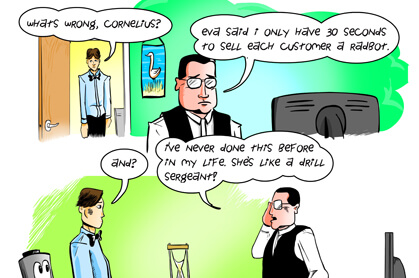 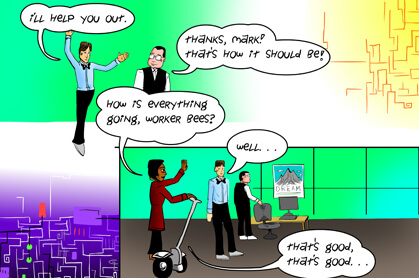 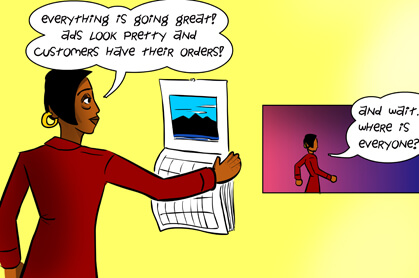 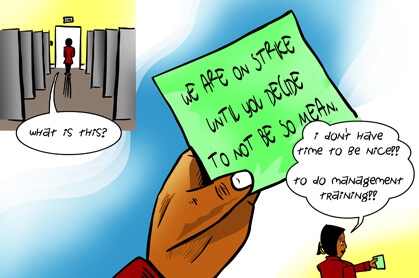 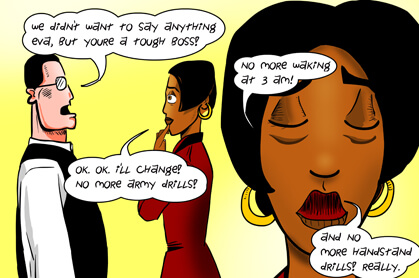 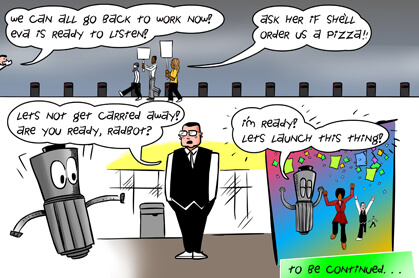 Getting ready to crowdfund a product is not quite like shipping or releasing a normal consumer product.

We all know that big companies are reputed to beta-test their shipping software on 'early adopter' users. (Also sometimes known as 'mugs'...) But basically no one wants to push out the door something with a known killer bug.

With product crowdfunding you're selling a promise of something that may not even be quite "beta" yet.

Also, what may be a sensible minimum order quantity (MOQ) for manufacturing and stocking a consumer product (eg in the thousands) may be far too big for crowdfunding. Though that depends on the product itself at least to some extent.

But we're all fixed, nothing can go wrong, "Zarro Boogs found", right?

Tune in next time to find out more about Radbot's riches!

There's definitely no such thing as a free launch, even if you abort the launch!

We put our Kickstarter campaign together, with the heart-rending videos of overprivileged fat white middle-class males (well, me) telling you how we intend to save the world. And some rather more believable appearances from the rest of the OpenTRV team.

We also had stills, and animations with voiceovers, and blogs and backup material. And the beginnings of a FAQ, public and private, and our reward tiers and ... and ... and ...

As said in The Naked Product Launch: 30 seconds to sell a robot:

Reality is a funny thing. We had finally settled on our reward tiers, target, etc, after much chewing of the non-animal-sourced fat. Then we went to enter them in the draft campaign at the funding platform, and it seems that the platform has its own ideas about which order they get displayed. This campaign is firstly about getting the CE-stamped consumer product to normal humans, and though we do have a bunch of developer goodies in the offer, we don't want them infiltrating themselves amongst the consumer rewards and confusing everyone. Rejig time.

We killed some of the nasty bugs perplexing us last time. However, it turns out that if you don't like them we have others (sorry Groucho). I'm pleased at least that most el Reg commentards thought that test harnesses and their ilk are a GoodThing(TM).

Unlike many product campaigns we actually had working hardware and software in a number of iterations (with a bearable number of bugs). Compare and contrast with the usual wish list and a largely blank sheet of paper. But a better mousetrap is not enough.

Rather more importantly we were beginning to worry that we didn't have a strong enough mailing list to get the momentum needed to carry a Kickstarter campaign.

We invested a lot of effort and time and money to get to this point. So do we go ahead or do we hit pause? Is this the moment to bet the ranch and risk egg on face, to mix my metaphors thoroughly like salad...

"Setbacks" - Is it a bird, is it a plane? No, it is a radiator robot with AI! #webcomic

Setbacks? We've heard of those! Maybe not getting stuck in the astral plane... Instead, horribly high failure hardware rates and serious software bugs. And physical and UI design faults, oh yes!