Earth Notes: Gaming your Heating for Cash and Giggles!

Updated 2022-06-21 06:50 GMT.
By Damon Hart-Davis.
Learn just these three simple money-saving tricks that can make you slimmer and richer! :) #OperationTuneup #cash #climate
See: GSHP: UK Domestic Ground-Source Heat Pumps
Do you heroically resist turning your central heating on until November? Do you make sure that it is off by April? Do you grit your teeth through a few chilly days either side? Do you have the room temperature set to a reasonable level, not sweltering, that does imply putting on a sweater inside when it's cold outside? (Assuming that you're in the UK or the northern hemisphere at least...)
See also:

What about keeping your central heating thermostat set to 19°C or below? If you have radiator TRVs, do you keep them set to half-way or below?

(If you are unwell or have poor mobility then you should probably not go below 18°C.)

If yes to most of the above, then well done and hurrah! You are almost certainly saving yourself real money. And helping to keep your weight down too! Can you ever be too slim or too rich in pop culture?

Lots of people leave all their TRVs on MAX all the time. (Get yourself a Radbot instead!) Then they fiddle with the house thermostat until it clicks to try to manage the temperature of the room they happen to be in. Not great for the rest of their home, nor for their bank balance... 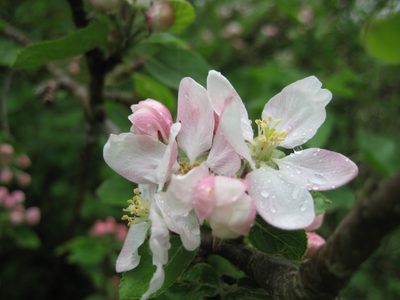 Research suggests that if you don't let your body experience the cold of winter then it doesn't get the right cues to adjust metabolism. Your 'brown fat' cells then don't burn off excess calories as they should.

Running around your home in your smalls mid-winter has never been a good choice for money nor looks. And it seems not to be healthy for you or the planet either.

I like to put on a second thicker pair of socks to stop my feet getting chilly. When things get really cold I put on thermals under my trousers. I feel like an invincible superhero when I step outside because I don't feel the cold.

So break out your fleece and warm socks and an extra layer. Don't try to recreate the beach on your couch!

Trick 2: Heating right off in April (and on only in November) 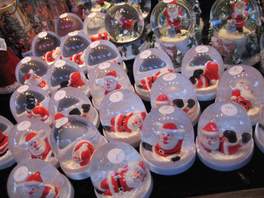 When I asked on Twitter who had turned off their heating in April, a majority had, but not as big a majority as I'd hoped.

One person said "Heating on most of the year - that's what thermostats are for, surely?"

I've noticed that in spring I'm prepared to put up with slightly lower temperatures (while keeping the heating off entirely) than I am in gloomy mid-winter. We're not consistent thermometers. Sometimes push yourself a bit harder. Save a few more pounds in the bank and off the waist?

In 2020 we managed to postpone putting on the heating until December. Most of the rooms other than the living room are set at 17°C. This has been helped by a very warm winter. We seem to be comfortable, saving the pennies and carbon!

A slightly more advanced pro tip: if your boiler has a separate control for the radiator "flow" temperature then turn it down to somewhere near the bottom. (You may want to bump it up a bit again for the very coldest days.) That should allow a modern gas boiler to do its "condensing" thing, to save lots of carbon and money.

As a bonus, if your heating system works OK down with that dial right down, you'll probably find that a heat-pump works well for you!

VIDEO: Boiler Tweaks To Tackle The Cost Of Living Crisis. AKA Lower the flow temperature on a combi boiler.

From June 2022 regulations in at least England are changing so that:

Learn how I got from Lehman Brothers investment banking IT to solar PV and storage bothering, 10 years in... #lifestory #optimisation

I enjoy optimising things: getting more out of a system for a fixed input, or using less input to get a desired output. Or both on a good day. Basically it ties in with trying to make the world a better place by the time I go to bed each night.