Ask your Green Homes Grant installer to consider Radbot as a secondary measure.

Today (2017-06-29) I visited the BRE in Watford. BRE was hosting the "Hotel energy saving challenge" workshop.

John O'Brien took us on a quick tour of the BRE Innovation Park. The park hosts many home-build types.

Two buildings that stood out for me could both be called tiny houses. Each was a little over twenty square metres' floorspace.

Good for compact, efficient, single living in dense urban areas. And for odd-lot infill. Good for students, key workers, and those in their first jobs also.

Imagine a hospital car-park with, above the cars, many affordable and modern first homes. ZEDpods would not eat up any parking spaces. 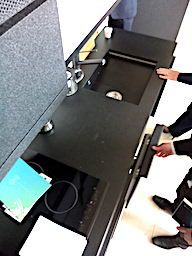 The first, the KODA Concrete movable House, was only officially unveiled yesterday. Hot off the flatbed lorry... 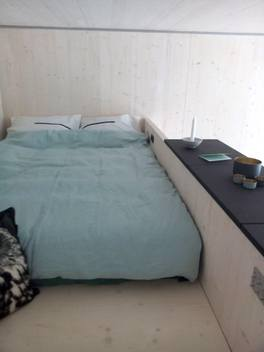 As with all tiny houses there's some excess pretty design, and some compromise. Getting in or out of bed includes a 0.5m+ step. Which I wouldn't like to take in the middle of the night. Nor when ill or tiddly. The quadruple glazing is overkill too. And no bath. Just a big shower in a wet-room. Also, does no one in a tiny house loft bed ever roll over heavily in the night? In this house that could result in an unplanned visit to the kitchen... Eek.

I'd rent one as a studio apartment. It could be a good pad for work away from home. But I would ask for some small mods to deal with the safety/comfort niggles. 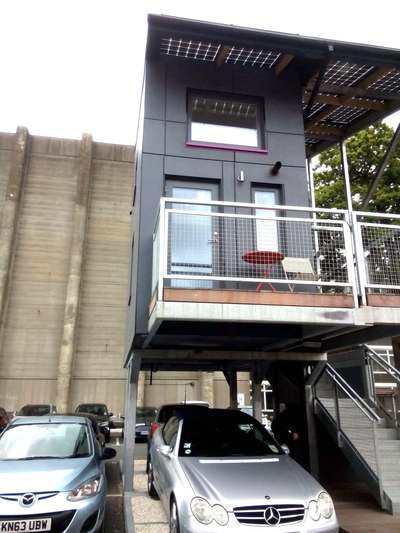 The ZEDpod (WARNING: autoplay muzak) is a clever idea. ZEDPod uses the headroom in existing car parks for efficient tiny living. No foundations needed. The ZEDpod that I looked at was standing rather lonely by itself. It felt well engineered inside. And I'm a sucker for sticking loads of solar PV on top. Plus a communal battery to reduce grid demands to a trickle. Think of the opportunities in supermarket and hospital car parks. Throw in the ability to charge some EVs too!

Five parking spaces is enough land to host one ZEDpod.

Air pollution (particulates from the cars beneath) was discussed as a possible concern. However, there is no real reason to feel that this would be worse than living next to a busy road. 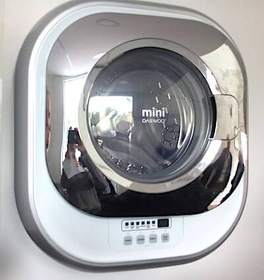 The ZEDpod also had the tiniest washing machine that I have ever seen. Fine so as long as one wears and washes nothing more substantial than a thong and T-shirt. But a pair of jeans might strain it... It does feature a cold wash. Great from an energy-saving point of view!

ZEDpods do not need to be built on-site. Nor in a huge central factory. "We manufacture a prefabricated kit of parts that is delivered to a local pop-up factory to meet local demand."

Follow the links for more on both the KODA house and the ZEDpod.